Ashley Park is located at West 3rd Street and Oak Drive. The area was originally a curved dirt road called Ashley Avenue for one block. The road led to the Wayne County Fairgrounds and was surrounded by a small grove of ash trees for which the park is now named. As the area developed the dirt road was straightened and paved allowing for more area for a park. In 1972 the space was filled, sodded, and planted with trees and dedicated as Ashley Park. It is designed as a neighborhood playground and picnic park. 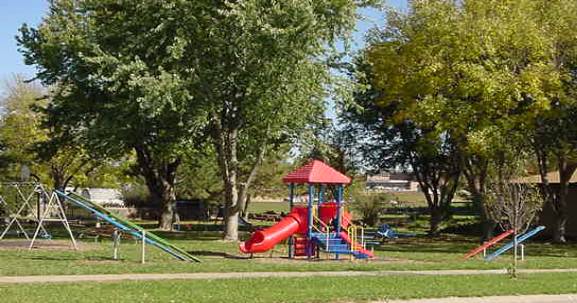